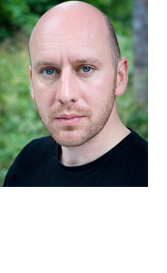 A native of County Meath in Ireland, John grew up and worked on a dairy farm and worked with racehorses as a teenager before gaining an Economics degree from Trinity College Dublin after which he worked as a journalist and hedge fund accountant.

Deciding to concentrate on acting full-time, he studied at East 15 in London and most recently John appeared in Birmingham Rep’s UK & Ireland tour of the Oscar winning film “The King’s Speech” and the Royal National Theatre’s production of “Emperor & Galilean”.

Over the years he has appeared in various stage and TV productions in the UK , Ireland , Germany and Australia and is delighted to be visiting beautiful Singapore again having just returned from a great trip to Vietnam.